That one weird sales rep... 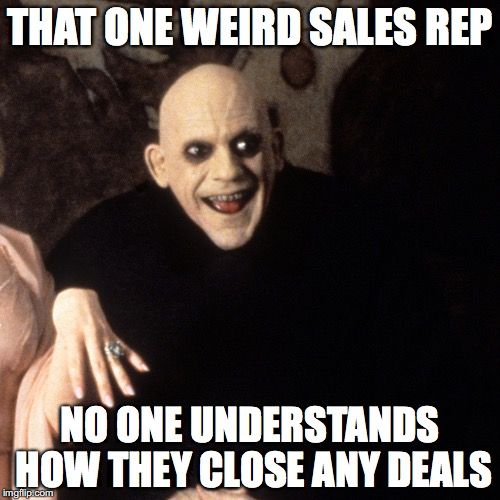 For those who have run sales organizations and are familiar with trying to tackle the sales commission model, there are no easy answers. It typically starts with something simple like paying off sales dollars and then typically as you grow, it balloons into a mess with multiple calculations, special deals and constant exceptions to the rule.


I have always been a big proponent of paying commissions based upon profit , but that has it's pitfalls as well. So today we look at another way...

Commissions and Activity Based Costing (ABC)

The value a good Activity Based Costing (ABC) model can bring to a distributor cannot be underrated. A well-designed model can provide powerful insight on profitability drivers and provide useful inputs when making strategic decisions on sales resource allocations and pricing. However, tying sales incentives to the “profit” these models derive can be troublesome. In fact, tying sales incentives to net profit based on an ABC model can have unintended consequences for distributors.

All of us are familiar with net profit when it comes to a standard income statement. It’s the bottom line. It’s what’s left of the money the company takes in (revenue) after it pays its suppliers and its other expenses. Net profit as it relates to sales compensation is somewhat different. It relies on ABC-driven allocations to calculate a net profit at a transaction, customer, or, in this case, a sales territory level. Using the MDS-Nx System offers you and option to allocate that cost at an product , product class or company level. So as a percentage of the items cost you can add a "Load" to allow you to capture and review these costs. The salesman's view of Net profit would then be different from your view of true profit.

So the question now becomes how do we arrive at that loaded amount? And what is the most fair way to allocate.

The problem on the surface is that net profit treats every expense as if it were variable. Each order has multiple costs applied to it. Some of these costs are direct – such as the cost of an inside salesperson receiving and entering the order, or the cost of fuel, and driver labor for making a delivery. However, most of the costs that are allocated to each transaction are not direct, but indirect costs. Some of these allocations are relatively straightforward such as using deliveries to allocate delivery expense or warehouse orders to allocate warehouse expense. However, for staff functions such as IT, HR, finance and so on, allocations are often simply made as a percentage of sales.

Many costs incurred by distribution businesses are not variable. Selling one additional widget no more increases HR cost than selling one less widget decreases it. Of course, “all costs are variable in the long run.” But many costs are not incurred in increments of $1 or $10 but instead in increments of $40,000 or $80,000 because they correspond to salaried employees. It is not unusual for between two-thirds and three-fourths of a distributor’s operating expenses to be people, many of whom are salaried.

This is the core of the issue. If salespeople are paid based on net profit, the easiest way for them to increase net profit (and thus, grow their income) is to eliminate unprofitable sales.

Reducing sales to increase profit is a dicey strategy. Not a bad strategy, but a strategy that requires real expenses (not allocated expenses) to decline at a rate equal to or greater than the rate at which gross profit dollars are declining. After all, the unprofitable sale probably isn’t truly having any impact on the company’s IT cost or how much the CFO is paid; it’s simply absorbing an allocated charge.
Here’s how the strategy works:

This, in a nutshell, is the reason commissions based on profit can result in sales problems and is often abandoned.

A Better Approach Cost Per Order/Line and Load Percentages

That said, the reasons distributors are looking at net profit as a potential basis for paying salespeople are legitimate. Voodoo accounting or not, we all know that a $5 order at 30 percent gross profit delivered to a customer in the next county is a money loser. This deficit is further amplified when a salesperson is also paid a commission or gets credit toward his gross profit bonus goal.

The goal of better aligning sales rep pay with the economics of the business is an admirable one.The good news is that there are ways to incorporate key profit drivers into a sales compensation program without taking the profit plunge. One approach is to eliminate the allocation of costs that are truly unrelated to transactional volume and focus in on costs that could be justifiably incurred as a result of the transaction.

A simple analysis can quickly lead to a "cost to fulfill an order". Applying this cost to every order to arrive at a commission able gross profit or incorporating a minimum order for commission can better align sales rep rewards with company profitability. If done properly, this approach can nearly eliminate the “shrink to profitability” dynamic because actual costs would be avoided if the orders were not taken.

Furthermore, if a portion of a rep’s business were not commissionable or the amount of gross profit on which commission were paid were reduced, growth would be required to make more money (and profitable growth at that). As a result, the “sell less, make more” scenario wouldn’t exist.

One potential issue with the minimum-order or order charge approach is that inevitably the impact will vary by sales representative. For some reps, the impact will likely be miniscule, while for others the impact could be significant. In these cases, using a multiplier approach to facilitate a level playing field may make sense.

The multiplier approach can be used many different ways. Goals or budgets would be established for each sales rep showing improvement on identified key cost drivers, and performance to this goal would regulate incentives that are otherwise paid on gross profit dollar production.

For example, if order size is identified as a key cost driver, those with the lowest average orders would be expected to show the most improvement and have a goal set to that end. Missing the goal would result in a lower commission rate than is currently being paid or a 10 or 20 percent reduction in bonus earned depending on the structure of the existing incentive program.

Calculating and displaying this data using the MDS-Nx Dashboard is automatic and using these metrics will help drive your profitability. Technology has made it much easier for distributors to analyze and model data in ways that previously not available. With tools like the MDS-Nx Software Suite , distributors have an opportunity to analytically understand profit drivers like never before. Distributors should be proactive in using this new-found knowledge. And when it comes to sales compensation, the more you know the better you will do.. .


Click here and tell us how we can help you with your business solutions.