Strategic planning for distributors doesn't always involved forecasting for new products, but it should. Especially when technology and regulatory pressures tend to change the products you need to offer to be successful. But the traditional problem is how do I know what or how much to stock when I have never sold it before.  Using a combination of analytics and some deep thinking we can arrive at some conclusions, it's not magic its just good old data science. When you try to work out the market potential for something fundamentally new, you’re actually trying to resolve two, linked problems.
The second problem is actually the hard one. Anyone with a sense of history ought to have been able to look at a phone the size of a brick and say ‘well, this could come down to the size of a pack of cards and cost $100, given time”, just as anyone should have been able to look at the Krieger electric landaulet (see left) and see that it would get much better and much cheaper, just as trains and steamships had done. If you understood technology, that much was pretty easy. But if automobiles had only replaced existing horse-drawn carriages and carts then the market would have been much smaller.
It’s easier to predict 'cheaper and better' than to predict the changes in behavior that will come from that. And pricing is only one dynamic - once the price falls below a certain level it stops mattering. Cheaper and better is necessary but insufficient: if billions of people can afford it, it doesn’t follow that billions of people will buy it. You need to have a theory as to why more and more people will care.
Hence, if I’d shown you a 2015 PC in 1975, would you have predicted that there’d be 1.5 billion of them on earth 40 years later? Why? If I’d shown you an iPhone or Android smartphone in 1995, would you have predicted that we’d now be on track to have 4 billion of them on earth - 80% of all the adults on earth?

So, to work out market size, really, you have to work out who will care, if it is cheap. To do that, as for any estimation, you look for numbers that might tell you - other, similar products, or the products you'll compete with - something that can act for a proxy for how people might look at what you're making. There's a sliding scale here, I think: there are some markets where you have a lot of data, and others where, really, you're just guessing.

A Solution other distributors have used and the MDS-Nx system offers is the ability to compare sales on similar products and products lines, such as out Targeted Potential Sales Reporting tool and the ability to aggregate purchasing history for the purposes of inventory planning.

Lastly when doing forecasting you are offered a unique proposition.
This is where the iPhone and Android came in. The global mobile phone market has somewhere between 3.5 billion  and 4 billion users, growing steadily as a function of macroeconomics and increasing distribution. Apple and Google didn’t change that - they couldn’t. By reinventing what a phone was, Apple did not change how many people bought a phone, or even (really) how often, but it did change what they paid. It converted $200 phone sales to $500 iPhone sales (only partly helped by operator subsidies), and Android followed at lower prices, such that together they now make up about 70% of unit sales.  As a result, the average selling price of a mobile phone more than doubled from 2007 to 2014, from $80 to around $185.


Everyone likes to quotes the Wayne Gretzky line that he was skating to where the puck was going to be, not where it was, but Apple and Google didn't do that - they changed what the game was. In the same way, saying that you’re aiming for x% of a $y industry is unambitious - great companies change the y, not the x. Looking out at the technical innovations in your market and doing some planning allow you to not only provide the latest and greatest products but often take advantage of changing market conditions to your advantage. 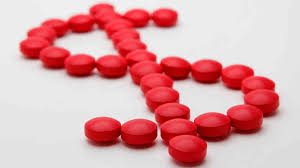 However I'm not entirely sure there is quite the same scope for changing the market size that there was in phones. Generic pharmaceuticals is another industry that has similar paradigms and can benefit greatly form these tools,  By studying existing datasets and information available for those customer's of the MDS-Nx system, we can generate models to help other industries identify these opportunities and take advantage of this data.

By doing a bit of strategic forecasting you can open your business to increased sales and profit and uniquely identify yourself as a market leader.